紙幅の関係でかなり情報を削ってしまったので、関心のある方は、より民族誌的な記述を充実させた英語版もご参照ください。
Ethnographies of Development and Globalization in the Philippines: Emergent Socialities and the Governing of Precarity, edited by Koki Seki, Routledge, 2020 に収められています。

My new paper was published in Ethnographies of Development and Globalization in the Philippines: Emergent Socialities and the Governing of Precarity, edited by Koki Seki, Routledge, 2020.

My chapter is a fruit of my 20 years long relationship with Western Leyte, where I fell in love with the Philippines and determined my way of life. The locality was devastated by typhoon Yolanda (Haian) and penetration of illegal drugs accompanied by violence. I had never dreamed such tragedies would happen to the peaceful place with lovely people. This was a dangerous and depressing research, which must be impossible to conduct without the locals’ kind support despite their sense of insecurity.

This chapter explains why majority of Filipinos, especially the poor, have come to support or at least tolerate President Duterte’s “war on drugs.” I answer this question by arguing that people’s punitive attitude against “evil others” is attributable not only to Duterte’ penal populism but also to the neoliberal governmentality which has increasingly encompassed Filipinos along with the shift of dominant employment from feudal agriculture to the service sector. The rural poor in Leyte have experienced the process in a drastic way within an extraordinary short period of time since typhoon Yolanda (Haiyan) devastated coconut agriculture in 2013. Those who lost their livelihoods became dependent on programs of NGOs, the state, and private sector which encourage beneficiaries to become “good citizens” in exchange for resources. While many have struggled for post-disaster recovery as disciplined “good citizens,” others found alternative sources of income in illegal drug trafficking run by a drug lord family. Amid the atmosphere of violence and insecurity, the “good citizens,” who remain in poverty despite their efforts at self-disciplining, have built up resentment not only against the drug lords, pushers and users, but also against the inefficient state unable to ensure even basic security of life. This has led to their staunch support for Duterte.

New paper coauthored with Asuna Yoshizawa was published in the Southeast Asian Studies 9(1).

It was a challenging but fruitful experience to work on the two new formidably complicated and deep topics for me: Southern Philippines and religion. Without Asuna’s in-depth and evocative ethnographic research in Iligan City which inspired, motivated and encouraged me, I would have never dared to work on the topics. It was a really good learning for me.

————————————–
Yoshizawa, Asuna; and Wataru Kusaka. 2020. The Arts of Everyday Peacebuilding: Cohabitation, Conversion, and Intermarriage of Muslims and Christians in the Southern Philippines, Southeast Asian Studies 9(1): 67-97.

While armed conflict has occurred since around 1970 in the Southern Philippines, ordinary people of different faiths have cohabited as neighbors, lovers, and families. Why are ordinary Muslims and Christians able to create and maintain everyday peace although they have suffered from the conflicts and the state’s initiatives for peace have not yet been realized? After noting limitations of peacebuilding efforts by the state and nongovernment organizations, we analyze the arts of everyday peacebuilding practiced by ordinary people based on ethnographic research in Iligan City. First, Muslims and Christians have engaged in mutual assistance for everyday survival in the city where they live as diaspora or transients, who are relatively autonomous from their clan networks. Second, Muslim converts and many Christians regard those who practice other religions as companions who share the same “paths to happiness.” Third, when a multireligious family is pressed to choose one religion for its children’s faith or its ceremonial style, it avoids the rupture of family relationships by “implementing non-decision” to make the two religions obscurely coexist. Finally, even when Christian women married to Muslim men face polygamy without consent, they do not attribute the unfaithful behavior of their husbands to Islam but instead often blame the patriarchal culture of their ethnic group. Such a practice of “crossing divides” prevents religion from becoming an absolute point of conflict. Everyday peacebuilding of the ordinary can be a foundation of the state’s official peacebuilding, although there exists a tension between them.

Please see my latest baby. I had been pregnant with this for many years. This is about love, sex, family and dignity of our lives. I really love her, perhaps one of my favorite baby.

I am deeply grateful for all those who kindly helped my first and perhaps last historical research, especially people of Culion who inspired me to envision new way of life. I hope you enjoy this piece which I tried to write like a novel. I am so surprised to know that the leading scholar Dr. Vicente Rafael kindly introduced and even uploaded (!) my latest piece on Duterte’s war on drugs and the poor to the academia edu. This one is published in the latest issue of Philippine Sociological Review edited by Nicole Curato.

Thank you so much Nicole for taking care of my piece, two anonymous reviewers who gave me very sharp comments, and my field informants in Manila, Davao and Leyte.

I meant “bandit” as “social bandit”, not as theft.

I appreciate both constructive and critical comments. It is always enlightening to exchange ideas with different people.

The following is the comment of Dr. Vicente Rafael.

—————————-
I just uploaded a very interesting article by ‘ Wataru Kusaka, “Bandit Grabbed the State, Duterte’s Moral Politics'” to @academia! https://t.co/3DsCh2cJmY
It is an attempt to puzzle through Duterte’s persistent popularity among the very people who he has been targeting in his drug wars, showing how they in fact feel grateful–and “safe”–for having survived the killings and therefore reassured of their “goodness” as “deserving poor”, vs. those who have been killed as “undeserving poor”.

If Duterete remains popular, it is because the poor themselves have bought into the narrative of moral valuation on which his legitimacy is based. Just as the poor are often outside of the law’s protection–and in fact are often victimized by the predatory behavior of its agents–so they come to identify with Duterte’s “bandit morality” as operating outside the law to keep them safe. And being “safe” and “secure” in the context of the bare life that they lead means being spared from the fate suffered by those who are deemed “immoral” and “subhuman”. Or so the argument goes…
Here’s the abstract to Kusaka’s piece:

“This article argues that Rodrigo Duterte’s outlaw legitimacy is anchored
on “social bandit-like morality.” It is characterized by the coexistence of
compassion and violence under a patriarchal boss who maintains justice
outside of the law. Urban legends have constructed him as a social bandit-like leader. However, the “moral we” who support Duterte’s discipline to save the nation has been constructed at the cost of the violent exclusion of criminalized “immoral others.” Anti-poverty programs that aim to mold the poor into a “moral citizenry” also exclude the poor who do not adhere to civic morality, for being “undeserving of rescue.” Against this background, the majority of the poor accept the war on drugs, believing they were saved for being “good citizens,” while those who were victims were “immoral others” who needed to be punished. However, the contradiction that a bandit, who is supposed to operate outside of the state, having grabbed state power entails risks. Despite the call for a strong state, state institutions have been weakened by his arbitrary decisions to implement his “tough love,” in distorted ways, thus creating sentiments among ex-drug users that their trust in the patriarchal leader has been betrayed. Without a strong legal legitimacy, the Duterte administration may face serious criticism
when patriarchal compassion is perceived to be untrue.” 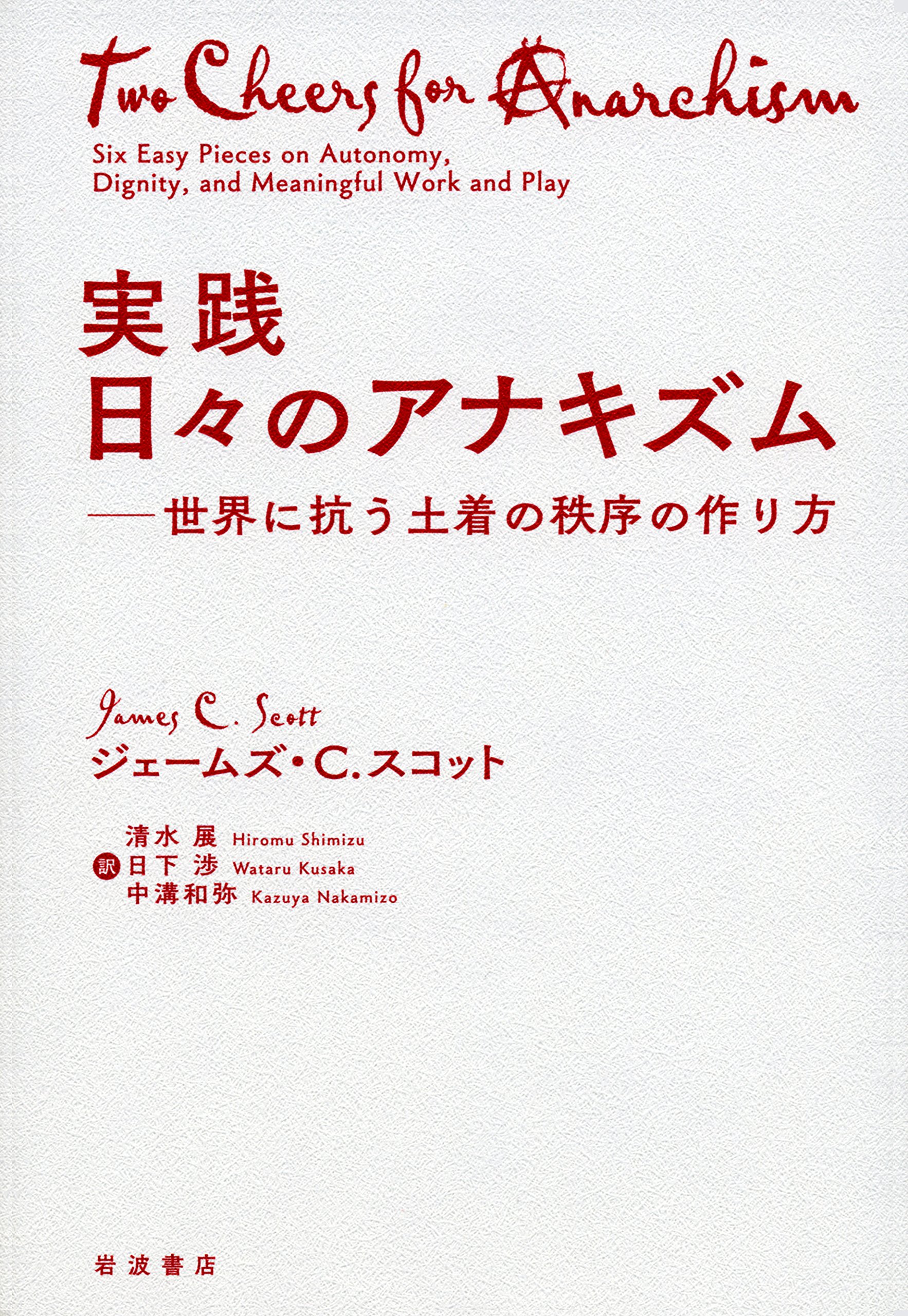